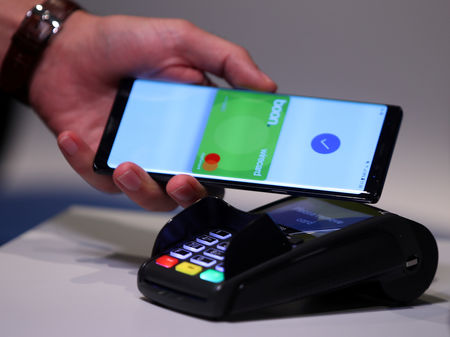 By Geoffrey Smith
Investing.com — German payments company Wirecard enjoyed only a mini-bounce in confidence on Monday after replacing its chairman, suggesting it still has plenty of work to do to regain investor trust after allegations about its accounting practices.
Shares in the company recovered only 1.9% to 112.83 euros by 5:15 AM ET (10:15 GMT), in response to an announcement on Friday that long-serving chairman Wulf Matthias will step down with immediate effect “for personal reasons”. He’ll be replaced by Thomas Eichelmann, who joined the supervisory board as an independent director midway through last year. Matthias will continue to serve on the board until his contract expires next year.
The move suggests that management is belatedly taking a more constructive approach to addressing concerns about its historic accounting practices, which have been attacked in a series of disclosures by the Financial Times over the last two years. The FT’s findings suggest the company used various tactics to inflate its sales and profits – suggestions that the company denies.
Wirecard ultimately commissioned an independent review into its accounting by KPMG in October, only days after Matthias had said that such a step was unnecessary. The FT reported that Eichelmann had been instrumental in securing an independent review.
The outcome of the KPMG review is likely to have a big impact on the company’s shares. Wirecard was a darling of retail investors during the period of its fastest growth, and its inclusion in the benchmark made it a must-hold for thousands of institutional accounts. However, investor confidence in the company has been shaken not just by the allegations themselves, but also by the company’s apparent recalcitrance in addressing them.
Wirecard repeatedly accused the FT of being in league with short-sellers, who have increasingly targeted the stock. Some 6.5% of the company’s free float stock was sold short as of the end of last year, according to data compiled by Shortsqueeze.com.
The shares are currently 41% below their all-time high, posted in September 2018, when its market capitalization briefly exceeded that of Deutsche Bank (DE:). However, the shares still look expensive by some metrics, with its market value at over 5.6 times the last 12 months’ revenue and its enterprise value 15 times the management’s forecast for next year’s EBITDA.
Wirecard was the best-performing stock in the on Monday on a day still overshadowed by the weak U.S. labor market report on Friday. The benchmark was up 0.1% at 419.48, while the was up 0.5%, thanks largely to hopes of a rate cut from the Bank of England, which weighed on sterling.
Disclaimer: Fusion Media would like to remind you that the data contained in this website is not necessarily real-time nor accurate. All CFDs (stocks, indexes, futures) and Forex prices are not provided by exchanges but rather by market makers, and so prices may not be accurate and may differ from the actual market price, meaning prices are indicative and not appropriate for trading purposes. Therefore Fusion Media doesn`t bear any responsibility for any trading losses you might incur as a result of using this data.Fusion Media or anyone involved with Fusion Media will not accept any liability for loss or damage as a result of reliance on the information including data, quotes, charts and buy/sell signals contained within this website. Please be fully informed regarding the risks and costs associated with trading the financial markets, it is one of the riskiest investment forms possible.