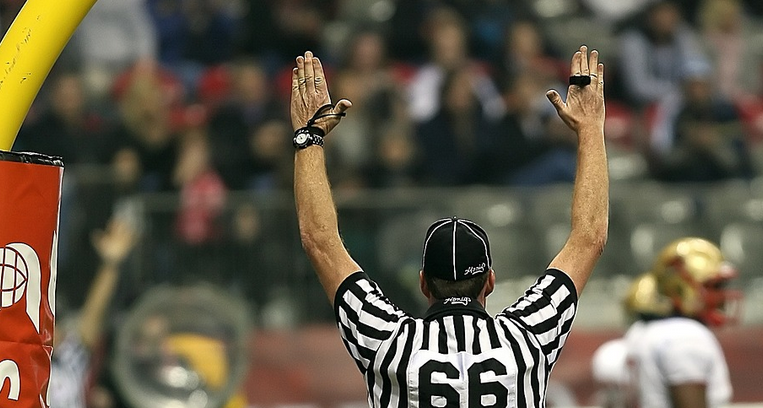 The departed Al Davis, who owned the AFL’s and then NFL’s Oakland Raiders, was famous for saying “Just win, baby.” The Raiders are now operated by Al’s progeny, Mark, whose motto must be “Just raid the taxpayers, baby.”
After the City of Oakland wouldn’t kowtow to Davis the younger’s stadium demands, Mr. Davis went east from the East Bay and found a new group of suckers in Nevada’s capital. In 2016 the Nevada legislature approved $750 million in taxpayer funds to build what is now called Allegiant Stadium.
While numerous academic studies show that professional sports teams provide no stimulus to a local economy, Andy Abboud, the chief lobbyist for Las Vegas Sands, said at the time, “But this is really about jobs, and I think at the end of the day people saw this as a fantastic economic stimulus package.”
Roger Noll, a Stanford professor emeritus in economics and former senior economist for the president’s Council of Economic Advisers, is an expert on the economics of sports. “NFL stadiums do not generate significant local economic growth, and the incremental tax revenue is not sufficient to cover any significant financial contribution by the city,” explained Noll.
With the stadium nearing completion, the Davis organization is not done raiding. The team’s latest money grab comes in Henderson, which adjoins Las Vegas. The Raiders approached the City of Henderson to purchase a prized property for the team’s practice facility.
The 55-acre parcel was appraised at $12 million; however, the City of Henderson let it go for $6.05 million. The resolution announcing the sale stated that the city council “believes that the Property is an ideal location for the Headquarters and that the Headquarters will bring significant notoriety and economic investment to the City.” So ideal that the city had to sell it for half price?
Henderson mayor Debra March bubbled with excitement when the deal was imminent, saying, “We’re only on the 20 yard line when it comes to this proposal, but we’re looking to score a touchdown if this sale goes through.”
Yes madam mayor, a touchdown has been scored, but the Raiders are doing the scoring. In fact, they are running up the score. Eli Segall reported for the Las Vegas Review Journal this week, “The Raiders have sold their Henderson headquarters for $191 million and leased it back, a rapid sale of a project that is still being built by a team that has not yet played a game in Las Vegas.”
Although we don’t know the lease rate, Chicago-based Mesirow Financial purchased the under-construction facility, which stands on 24.6 acres of the Raider property, and leased it back to the NFL team for twenty-nine years with seven ten-year extension options according to the Clark County recorder. City records show that the facility was designed to span 323,000 square feet and include indoor and outdoor fields, a gym, a sand pit, and offices, Segall reported.
The Raiders say they have plans for the remaining thirty acres but nothing specific. My guess is that they won’t be offering the property for half price. The math on the sale-leaseback is $6.05 million for the land plus $75 million to build the facility equals $81.05 million in costs. The quick profit looks to be $100 million and, again, the Raiders have thirty acres left to sell.
Recently, MGM sold the Bellagio Hotel for $4.2 billion and will lease the property back at $245 million in the first year, which equates to a juicy 5.83 percent CAP rate. Juicy is relative, of course, due to central bank–manipulated rates. If the Raiders command a similar rate, they may be paying roughly $11 million a year in rent.
Typically, developers must widen roads to their proposed projects; however, the City of Henderson approved a $300,000 contract to widen Sunridge Heights Parkway to connect with Executive Airport Drive and Bermuda Road near the site of the practice facility and team headquarters.
But what’s $300,000 after $850 million?
Just Raid the Taxpayers, Baby!
Originally published at LewRockwell.com.