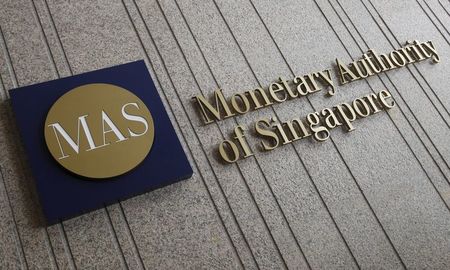 (Bloomberg) — Follow Bloomberg on LINE messenger for all the business news and analysis you need.
Singapore will post its biggest budget deficit since at least 1997, providing S$6.4 billion ($4.6 billion) in special support to an economy being knocked by the coronavirus outbreak.
The deficit will widen to 2.1% of gross domestic product in the year through March 2021 from a projected 0.3% in the current fiscal year, Finance Minister Heng Swee Keat said Tuesday in Parliament. The median in a Bloomberg survey of economists was for a fiscal 2020 shortfall of 1.5% of GDP.
The government is setting aside S$800 million to fight the spread of the coronavirus outbreak, and will provide two economic support packages totaling S$5.6 billion to support businesses and consumers.
“This year we usher in a new decade, one marked by tectonic shifts in our operating environment, and major uncertainties,” Heng said in his budget speech in Parliament. The government is putting in every effort to “slow down the spread of the virus,” he said.
The bulk of the S$800 million support to fight the coronavirus will go to the Health Ministry. Of the $5.6 billion economic support, S$4 billion will primarily go toward supporting businesses with wage costs. The rest will assist consumers by offering “additional, timely help to more households with cost of living,” especially for lower-income families.
Singapore had been planning additional support for businesses hit by the ongoing U.S.-China trade war before the coronavirus outbreak set in earlier this year. The city state, which has more than 70 confirmed cases of the virus, downgraded its growth outlook on Monday as it braces for an economic impact that’s worse than the 2003 SARS pandemic.
Read More: Singapore Cuts Growth Outlook, Plans Stimulus Amid Virus
The coronavirus package announced Tuesday dwarfs the S$230 million stimulus the government rolled out in the wake of the SARS outbreak.
Heng also outlined the following steps in his budget speech:
The government still plans to raise the goods-and-services tax by 2025, but won’t increase it next year, Heng said. He outlined an enhanced package of subsidies, worth S$6 billion, to support consumers when the GST increase does take effect. The majority of Singaporean families will receive offsets of at least five years’ worth to cover GST expenses. Lower- and middle-income Singaporeans and retirees remain eligible for additional support.
Foreign Workers
The proportion of mid-level skilled foreign workers in some industries will be lowered as the government continues to strike a balance between providing job opportunities for locals and retaining an open labor market. The ratio of maximum permitted S Pass workers to a company’s total workforce in construction, marine shipyard and process sectors will be lowered to 15% from 20% in two phases beginning in January 2021, Heng said. The government won’t reduce the threshold for manufacturers at this point, given the economic uncertainties, but intends to eventually do so, he said.
Disclaimer: Fusion Media would like to remind you that the data contained in this website is not necessarily real-time nor accurate. All CFDs (stocks, indexes, futures) and Forex prices are not provided by exchanges but rather by market makers, and so prices may not be accurate and may differ from the actual market price, meaning prices are indicative and not appropriate for trading purposes. Therefore Fusion Media doesn`t bear any responsibility for any trading losses you might incur as a result of using this data.Fusion Media or anyone involved with Fusion Media will not accept any liability for loss or damage as a result of reliance on the information including data, quotes, charts and buy/sell signals contained within this website. Please be fully informed regarding the risks and costs associated with trading the financial markets, it is one of the riskiest investment forms possible.