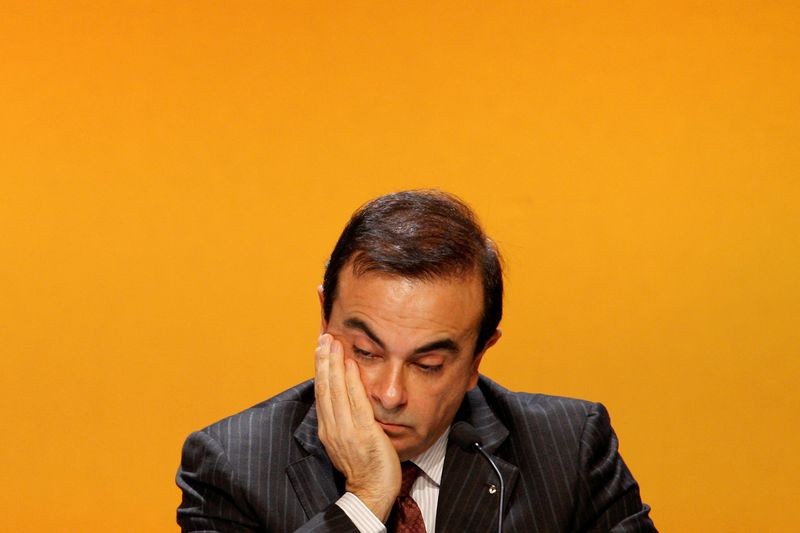 By Junko Fujita TOKYO (Reuters) – Japan ordered stricter immigration procedures on Sunday in response to the daring escape of ousted Nissan Motor Co (T:) boss Carlos Ghosn, the first official response to an episode that has rocked the nation’s legal system. “I have instructed the Immigration Services Agency to coordinate with related agencies to further tighten departure procedures,” Justice Minister Masako Mori said in a statement. Ghosn’s “apparently illegal” departure was very regrettable, she said, promising a thorough investigation to uncover truth and adding that there was no record of his leaving Japan. Mori said that Ghosn’s skipping bail cannot be justified and that the court has revoked his bail. Ghosn is facing four charges of financial irregularities from his time at Japan’s No. 2 carmaker, all of which he denies. Ghosn became an international fugitive after he revealed on Tuesday he had fled to Lebanon to escape what he called a “rigged” justice system in Japan, where he faces charges relating to alleged financial crimes. Tokyo prosecutors, in a separate statement, sought to justify Japan’s criminal-justice system, where long detention times before indictment and questioning without lawyers have been criticized as “hostage justice” meant to extract confessions.
Japan’s legal system guarantees all defendants a prompt, open and fair trial, the prosecutors said, defending Ghosn’s more than 100 days of detention on the grounds that he “had an extensive domestic and overseas network and that he could deploy his considerable influence to conceal evidence.”
Disclaimer: Fusion Media would like to remind you that the data contained in this website is not necessarily real-time nor accurate. All CFDs (stocks, indexes, futures) and Forex prices are not provided by exchanges but rather by market makers, and so prices may not be accurate and may differ from the actual market price, meaning prices are indicative and not appropriate for trading purposes. Therefore Fusion Media doesn`t bear any responsibility for any trading losses you might incur as a result of using this data.Fusion Media or anyone involved with Fusion Media will not accept any liability for loss or damage as a result of reliance on the information including data, quotes, charts and buy/sell signals contained within this website. Please be fully informed regarding the risks and costs associated with trading the financial markets, it is one of the riskiest investment forms possible.