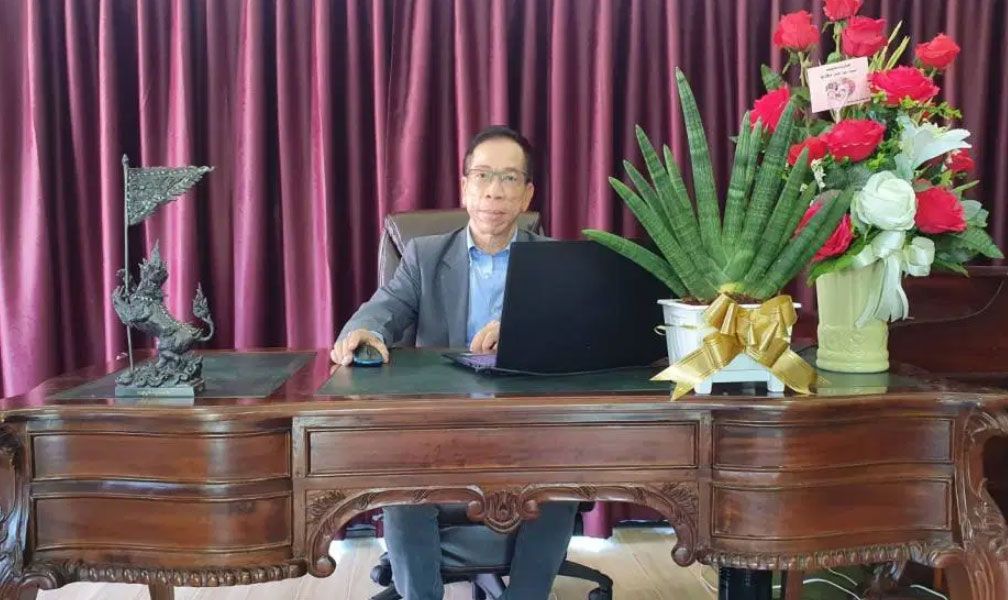 Viroj Sumyai has been hired as president of the, Thai Cannabis Corp.

A former head of the United Nations body responsible for international drug treaty compliance has been hired as president of Thailand’s leading medical cannabis company, lending a significant voice to the global credibility of the industry, especially in Asia, according to experts.
Viroj Sumyai will take the reins of Thai Cannabis Corp., effective immediately.
“Over the last decade, the clinical effectiveness of medicinal cannabis has been scientifically proven,” Sumyai said in a statement.
Sumyai served as president of the U.N.’s International Narcotics Control Board (INCB) from 2017 to 2018, where he voiced criticism of nonmedical marijuana programs and even some “poorly regulated” ones.
Now, Sumyai said, Thai Cannabis Corp. aims to supply Thailand, and eventually the rest of Asia, “with safe, effective and affordable formulations of this ancient Thai medicine.”
International experts said Sumyai might help bring medical cannabis into mainstream circles around the world, especially within conservative bureaucracies.
“It adds credibility for international bureaucrats that have been hesitant on the file,” said Deepak Anand, CEO of Materia Ventures, an internationally focused medical cannabis company headquartered in Toronto.
“I think this will have a significant impact on Asia and how some Asian countries look at this. They have been predominantly concerned with the INCB and the U.N.,” Anand said, adding that this move is not expected to have an impact on recreational cannabis policy.
Julian Nabil Sarwat, an analyst at Vienna-based Cannabis Catalysts, told Marijuana Business Daily that Sumyai’s appointment could “lead to a strong competitive advantage for the company within the Thai cannabis industry, as well as internationally.”
“Viroj Sumyai is a domestically and internationally respected protagonist in the field of controlled substances, and he could strengthen the TCCs relationship to regulatory deciders and industry actors even further.
“He will undoubtedly provide the company with deep insights on effective compliance with international law,” Sarwat said.
Thai Cannabis Corp., founded in 2010 in Chiang Mai, has mostly acted as an informal adviser to Thailand’s government on medical marijuana policy.
Past opposition
As president of the Vienna-based agency INCB, Sumyai was highly critical of cannabis legalization for nonmedical use.
After the Canadian parliament passed adult-use cannabis legislation in 2018, he accused Canada of contravening international drug-control conventions.
“This decision contravenes the conventions and their overarching objectives of safeguarding the health and welfare of people,” he said at the time.
“INCB is very concerned about the public health situation in Canada, which will result from the government’s decision to legalize the nonmedical use of cannabis.”
In a forward in the INCB’s 2018 report, Sumyai took aim at some federally regulated medical programs.
Sumyai criticized “poorly regulated medical cannabis programs” – including Canada’s framework – that “may have contributed to the legalization of nonmedical cannabis use.”
Thailand market
Thailand established a legal footing for medical cannabis last year, and rapid regulatory developments are expected to continue in the months and years ahead.
However, experts note the full commercialization of the sector and liberal access for private businesses is unlikely to be implemented before 2024.
Still, initial steps taken in Thailand to liberalize medical marijuana control is seen as an important precedent for other Asian markets weighing similar moves.
A recent report by Cannabis Catalysts estimates that the Southeast Asian country’s wholesale medical cannabis market could be worth $46 million to $312 million by 2024, depending on a wide range of factors.
“The developing Thai cannabis industry and the government – although expecting high domestic demand – is aware of the international commercial potential of medical cannabis,” Sarwat of Cannabis Catalysts analyst told MJBizDaily.
“This is reflected in the initial law on medical cannabis, which opened the door for exports right from the beginning.”
However, the report noted “a lack of regulatory specifications … Many aspects of the legal procedures are just not defined yet.”
Matt Lamers is Marijuana Business Daily’s international editor, based near Toronto. He can be reached at [email protected].