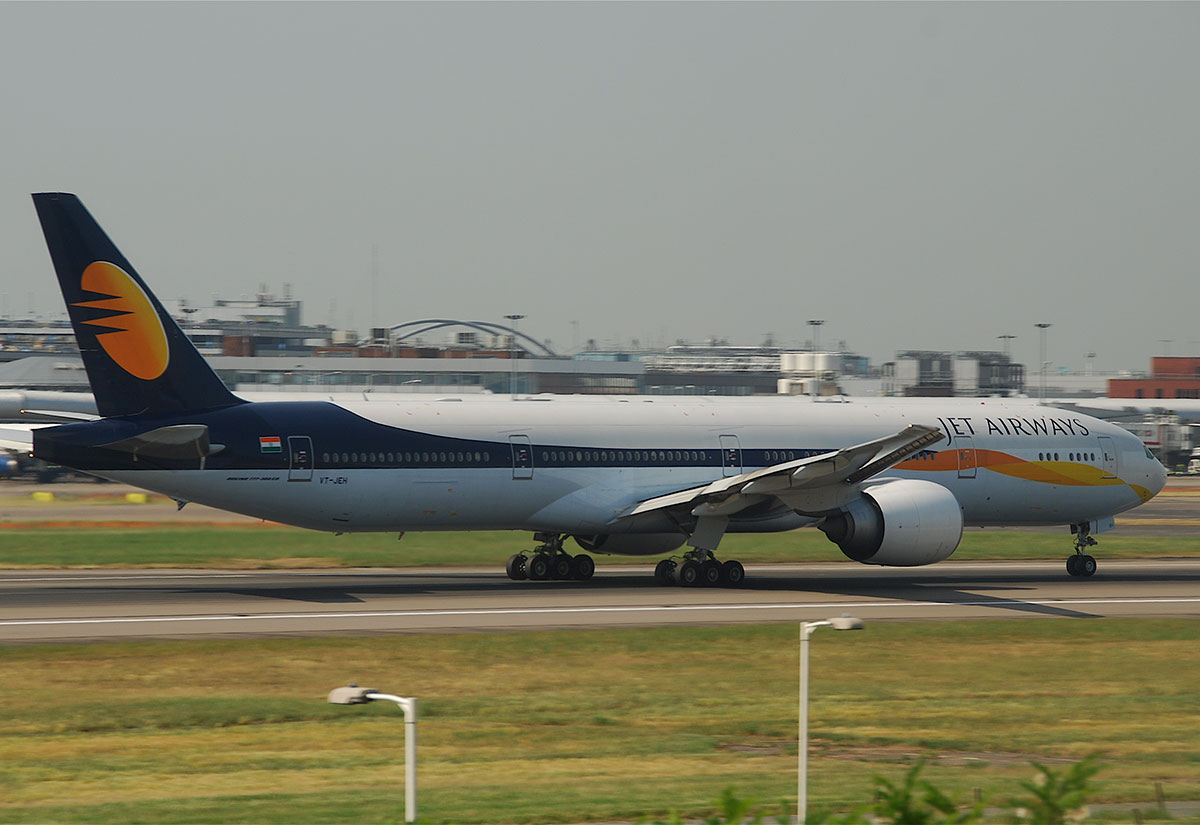 SBI-led creditors committee to the grounded carrier extends the deadline for bid submission to March 10 to accommodate new bidders A new consortium of Mumbai-based Enso Group and Far East Asia Development Fund (FADF) of Russia is understood to have shown interest in bidding for Jet Airways, leading to grant of yet another extension to the bid submission deadline for the grounded Indian carrier.
The new deadline issued by the State Bank of India (SBI)-led creditors of Jet Airways now stands at March 10 after an earlier one ended on Monday.
According to industry sources, representatives of the Enso-EADF consortium have met the SBI-led creditors committee on Monday to convey their interest to bid for the debt-ridden airline.
SBI spokesperson was not immediately available for comments on the issue.
Delhi-based Prudent ARC (Asset Reconstruction Company) and South America-based Synergy Group are the other two prospective bidders in the fray for Jet Airways.
However, banking industry sources said the two are yet to submit their bids. Prudent ARC has sought additional time to submit its revival proposal for the airline, a senior official with a Delhi-based public sector bank, which is part of the creditors committee, has said.
The Enso Group is a $7 billion turnover Indian group with global operations in diversified sectors such as oil & gas, potash mining, real estate and renewable energy, according to the company website.
The Far East Asia Development Fund, set up in 2011, is a state finance development institution.
Industry sources said the Russian fund has joined with the Enso Group in the bid for Jet Airways as under India’s foreign direct investment (FDI) rule, which says foreign investors can hold only up to 49 percent stake in an Indian airline venture.
The grounded Jet Airways owes over $1.18 billion to a consortium of 26 banks led by SBI, and over $1.82 billion to vendors and employees.
Aviation industry analysts were, however, sceptical about the seriousness of any of the potential bidders currently in the fray for the grounded Jet Airways, which have seen many investors, including big names such as the London-based Hinduja group, backing out from bidding in the past, after showing their interests.
“While there may be a suitor, one has to ask the question as to what exactly they will be buying,” Saj Ahmad, chief analyst with StrategicAero Research, had earlier told Arabian Business.
“Nearly all of Jet’s airplanes are gone, so are the slots, the staff are dispersed and there is nothing left but a mountain of debt,” Ahmad added.
India’s bankruptcy court admitted Jet Airways in last June under the Insolvency and Bankruptcy Code (IBC) to initiate a possible revival process, after the bankrupt carrier stopped operating on April 17 after running out of cash to stay afloat.
​Etihad Airways holds 24 percent stake in Jet Airways.
For all the latest transport news from the UAE and Gulf countries, follow us on Twitter and Linkedin, like us on Facebook and subscribe to our YouTube page, which is updated daily.