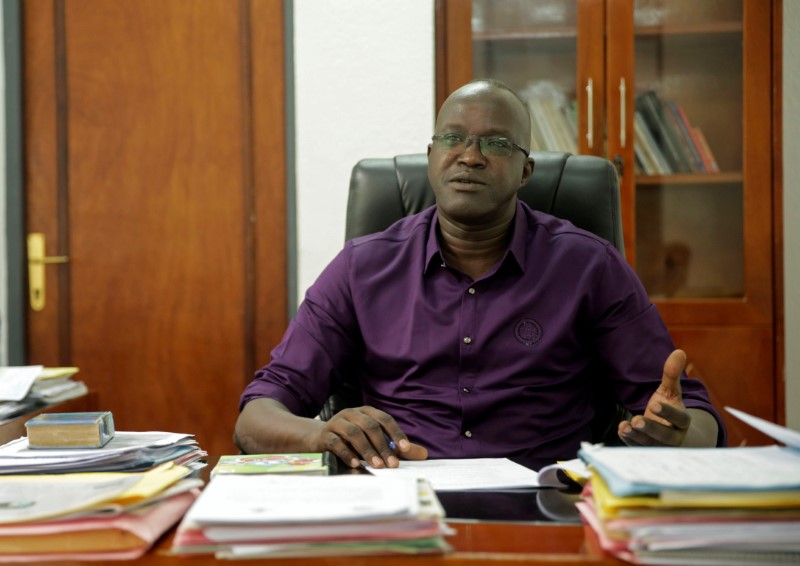 NAIROBI (Reuters) – Twenty-six years ago, Prosper saw Burundian soldiers take away his brother and nephew. Neighbors told him soldiers had also discovered his mother in a house where she had been hiding. None were ever seen again.
This week, the government opened a mass grave in his neighborhood. Families mourning long-lost loved ones were allowed to sift through the crumbling remains.
Prosper – who asked that only his first name be used to protect him from reprisals – searched among the jumble of bones and scraps of cloth, haunted by his inability to remember his mother’s clothes. Suddenly a woman next to him cried out.
“She recognized the watch and clothes of her husband,” he said. “I haven’t been able to remember the clothes or shoes my mother was wearing. Twenty-six years is a long time.”
Burundi’s Truth and Reconciliation Commission, known by its French acronym CVR, told parliament this week that it had identified more than 4,000 mass graves across the country.
The tiny East African nation has suffered colonial occupation, civil war and decades of intermittent massacres. The government-run commission was set up in 2014 to investigate violence from 1885, when foreigners arrived in Burundi, until 2008, when a stalled peace deal to end the civil war was fully implemented.
It does not cover most of the rule of the current president, Pierre Nkurunziza. The U.N. says hundreds of Burundians have been killed in clashes with security forces since 2015, when Nkurunziza ran for a third, disputed term in office. The U.N. also warned last year that rights abuses are likely to spike again ahead of May elections.
Burundi’s population is divided between the Tutsi and Hutu ethnic groups, as is neighboring Rwanda, where Hutu extremists slaughtered 800,000 Tutsis and moderate Hutus in a 1994 genocide. Much of Burundi’s civil war – which killed 300,000 people before it ended in 2005 – also had ethnic overtones.
So far, the commission has identified more than 142,000 victims of violence, commission chairman Pierre Claver Ndayicariye told lawmakers on Tuesday. Some may never be found.
One of the graves that was opened lies in the neighborhood of Kamenge in the capital Bujumbura. Inside lay the remains of 270 people.
The commission is preserving the remains for burial, along with weapons like hoes, machetes, hammers, and knives recovered nearby, said Clement Ninziza, deputy chairman of the commission.
The commission has not apportioned blame for the killings, but noted in its preliminary report that the site lay close to a near a former military post.
Residents said many people were buried there after a 1994 massacre by soldiers and a Tutsi militia. Prosper managed to run away. Neighbors told him of his family’s fate.”My mother was with many other women who were found hiding,” he said. “When the army officers came, they killed all of them, saying they were sorcerers. They were then brought to that mass grave.”
Disclaimer: Fusion Media would like to remind you that the data contained in this website is not necessarily real-time nor accurate. All CFDs (stocks, indexes, futures) and Forex prices are not provided by exchanges but rather by market makers, and so prices may not be accurate and may differ from the actual market price, meaning prices are indicative and not appropriate for trading purposes. Therefore Fusion Media doesn`t bear any responsibility for any trading losses you might incur as a result of using this data.Fusion Media or anyone involved with Fusion Media will not accept any liability for loss or damage as a result of reliance on the information including data, quotes, charts and buy/sell signals contained within this website. Please be fully informed regarding the risks and costs associated with trading the financial markets, it is one of the riskiest investment forms possible.